On the 23rd of August JoSK had its third Vintage tournament. In Vintage Tournaments the players use equipment dating back as far as possible. Wooden rackets, full squash whites and the older scoring system are all brought out from the back of storages and garages alike. This tradition dates all the way back to that long forgotten time… 2011.

This year’s event saw 9 players take to the courts, our best turn-out for a vintage tournament yet. We used a double elimination draw, the full results of which can be seen below. Sami Simonen was the winner of the competition this time around, making him a two time vintage champion, having won the 2011 tournament as well. In second place was Henri Kananen, using a racket that may well have been older than the silver medalist himself. The bronze was awarded to Jake Mustonen (2013’s champion), who showed great restraint in only breaking one wooden racket with his power shots.

A big thank you to Timo Tamminen and Kelpokerääjä for sponsoring the event! 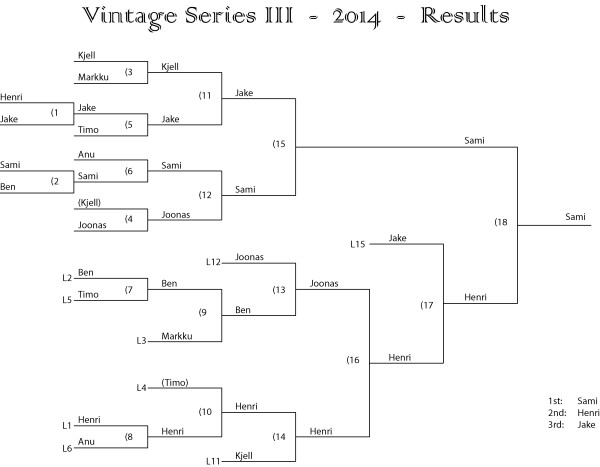 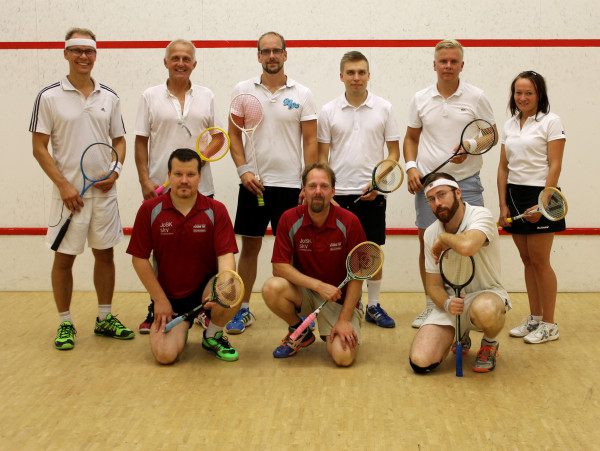